LESEPUNKTE: With the spinster girls you wrote a book for teenagers that find themselves in the process of becoming adults – what is in your opinion on the dilemma of growing up and why does it need books that address exactly this stage of development? 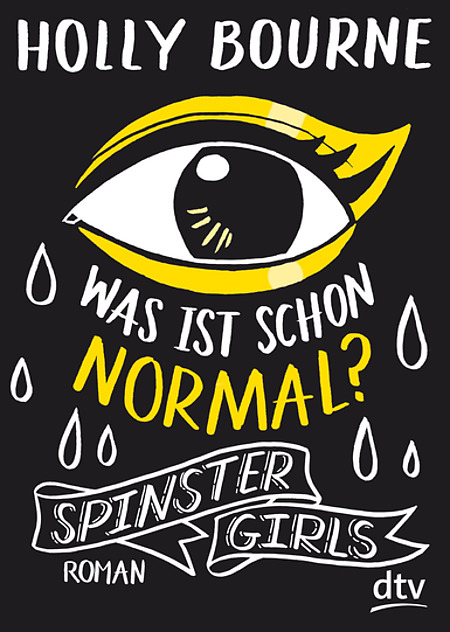 Holly Bourne: I just really believe that if, particularly as a teenager, you read the right book at the right time, it can change the course of your life. It can even save your life. It’s such an incredible age because your whole brain is rewiring to becoming the person you are going to become. You are not a child anymore, but neither are you set yet. It’s very fluid and it’s very exciting and it’s a little scary. And I think books are such a safe place to escape to when it gets too much, because it will stir you in a healthy direction. I always try to write books for teenage Holly. What would I wanted to have seen in a book? What would have helped me? Because I know that I really clung to books when I was a teenager and found some of them really helpful. Sometimes they were just pure escape, like Harry Potter. You could just stop worrying about exams or school. To me that is the most important age group to write for and I feel very privileged that I’m allowed to do it for a living.

LESEPUNKTE: In your book, the protagonists establish a spinster girl club and discuss topics like feminism, sexism, gender roles and mental disorders. Where did you get your inspiration for those topics? Why is it important for you to address those topics?

Holly Bourne: I had just moved to London when I was getting really badly sexually assaulted and that was making me feel quite unwell since it never happened to me before. I always lived in a small town and it just made me feel unsafe and uncertain and that just gave me the idea to write about Evie. I was thinking that there is a link to what you put with as a girl. If you have the body of a girl and deal with all the problems concerning that, it links to your mental health and how healthy and how safe and how secure you’ll feel. And that is where the idea came from. Also, I found feminism quite late on in my life. It wasn’t until 24 or 25 that I read a book that inspired me to become a feminist and once I became a feminist, everything got easier. I realized that there is a word for feeling weird and strange half the time. I wanted to write about feminism, because I wanted to get teenagers to get that quicker than I did. I believe this is such a helpful word and such a helpful movement to both boys and girls.

LESEPUNKTE: Evie – a protagonist in your novel series – is struggling with mental disorders, classifies her thoughts into bad and good. Her biggest wish is to be ‘normal’. She defines that as being like the others, what is being ’normal’ for you?

Holly Bourne: Kind of a message of that book is that there is no normal and that all of us are kind of chasing this ghost that doesn’t exist and beating ourselves up about it. And particularly in mental health, I think all of us believe that everybody is coping better than we are and that we are the only one who feels sad and the only one who feels anxious and that there is something wrong with us rather than seeing mental illness as an appropriate respond to the world around us. That’s why I’ve linked the mental illness to feminism like “You would have to be crazy to be a girl.” The stuff that everybody expects from us, the violence that we are exposed to and the pressure that is put on us. To me feeling very anxious and scared is completely normal. I wanted her to realize that she does struggle with a mental illness. It’s very scary and her relapse is very scary, but again relapses are a normal part of recovery and lots of people with mental health issues have relapses. No matter how crazy you think you are, you are just as crazy as everybody else. The world is the thing that causes all these problems. You are just doing your best considering things are quite hard, especially when you are young.

LESEPUNKTE: Did you have a role model in your youth that set you an example of being oneself instead of changing to please others?

Holly Bourne: No, I never did actually. I grew up when feminism wasn’t a word. It was like a dirty word. People considered it man-hating. And I grew up in a weird time. To be liberated you went to a pole-dancing class. It was very merky. So, I felt very odd and I would love to have grown up today. I meet so many young boys and girls who are feminists. That would be amazing. I never really did have a positive role model. No. I had books that I loved. Books were my rolemodels. 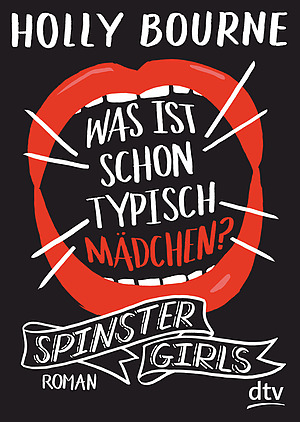 LESEPUNKTE: What would be a book that inspired you?

Holly Bourne: It’s such a cliché, but ‘To Kill a Mockingbird’ is my favorite book. I even collect editions. It’s a great book for teaching you how to be a better person. I also read the series of books by Louise Rennison, who was a teen author. The first of the books was called ‘Angus, Thongs and Full-Frontal Snogging’, they were quite popular when I was growing up and they portrayed girls who were very funny and silly, and I had never read that before. Girls were always described as pretty and wanted to have a boyfriend. Whereas in these books I read how ridiculous we are when we are alone and feel safe or just in a group with girls and I really loved that energy. I worshipped these books and wanted to write a book that was just like that, which was celebrating the silliness between a girl alone with other girls in their friendship group.

LESEPUNKTE: The girls talk about how in movies there are rarely scenes in which girls don't talk about boys. Where did you catch up on this idea?

Holly Bourne: I was researching for the book and was educating myself about feminism when I came across that. It is called the Bechdel-test. Failing the test would mean that there is no conversation between female characters not surrounding male characters. And most movies fail on that account. For me, it ruined movies forever, even though it is getting better. ‘Pitch Perfect’ is great, a movie in which the protagonist’s boyfriend is a minor side plot to the friendship of the girls and them doing what they’re good at and working really hard.

LESEPUNKTE: Why is it nowadays important to be a ‘spinster girl’?

Holly Bourne: I just think it is very liberating to get together with friends and just to talk, to laugh, to play and be silly. To talk about what is expected of you and how ridiculous that is. In the 70's they called these groups consciousness awareness groups. And there is something powerful about teenagers around the world talking and having a good time, I really believe those conversations can spark something. I think it is important to be a spinster girl, because it is really fun. Teenagers send me pictures of their meetings from all over the world and they have loads of snacks in, they are in their pajamas and have a great time.

LESEPUNKTE: How did you come up with the name ‘spinster girls’?

Holly Bourne: It was actually derived from my teenage years. When I was sixteen, me and my friends were all single on Valentine’s day, one of my friends even just got dumped that day. We decided we were all going to die as spinsters, which was obviously ridiculous. But we spend the day dancing around and being silly and it was the best time we ever had. I remembered that when I started writing the spinster girls. I wanted to turn this concept around so that everyone aspires to be part of the spinster group, rather wanting a great group of friends than a boyfriend. Even though that's fine, but it shouldn't be the only thing.

LESEPUNKTE: At the end of the book we get to know a little bit more about Rose, Evelyn’s little sister. She is getting bullied. Why was it important to you to touch the topic of bullying?

Holly Bourne: I don't know if it is the same in Germany, but my partner is a teacher and it is around the year of eleven and twelve that girls start to get horrible to each other. Something about puberty makes them act like psychopaths, and that lasts for three or four years and then they get out and are perplex about what psychological games they have been playing with each other. Since Rose is younger, I wanted to have that topic covered there. I also wanted to show that Evelyn thinks Rose has herself together, when she actually is hiding stuff too. It's about how we all keep secrets and pretend something. And we think that everyone is doing well. It also reveals that girls are not only victims but can behave unkind, too. I didn't want this book to propagate boys are bad and girls are good. 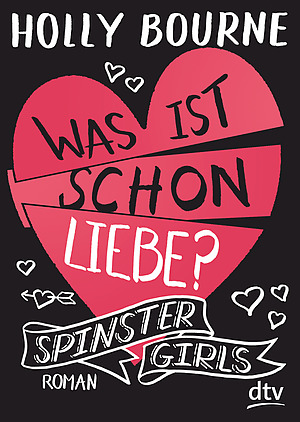 LESEPUNKTE: Would you say that the spinster girl series are books for girls only?

Holly Bourne: Oh no! I actually have lots of male readers in the United Kingdom. Sometimes, they have to overcome that hurdle of reading a book about girls, but that is sexism itself. Girls are very willing to read books that are written by men or about men, and boys often rebel against it and I challenge that. Once they are able to get into that, they do realize it’s not a book about attacking boys. It’s talking about all of those fighting to be allowed to be who we are. Especially the third book called ‘how hard can love be’, and it has got this pink car on it. So that’s the one that is harder to get boys to read. Which is a shame, because it’s about a difficult relationship with your parents and not particularly girl’s topics.

LESEPUNKTE: The first book is about Evie, the second one is about Lottie, will the third one cover Amber?

Holly Bourne: Yes! But Germany has it in a different order than England, they changed that up. I tried to write them as ‘stand alone books’ so you can pick up one without having read the others, that is not problematic at all, except for some mild spoilers.

LESEPUNKTE: One last question: If you could create a ‘perfect world’, what would it be like?

Holly Bourne: Wow, that's a big question. I know lots of small things, which would probably mean that the world would collapse in a few weeks. I would wish we could work four days and have three days off. I would want 'how to be a human being' being taught in schools, like how to form and care for relationships with your friends and parents, how to treat people in romantic relationships, how to look after your mental health. We have some topics like that covered in schools, but not much. In England, it is not compulsory to have sex and relationship education and too few people fight for that kind of education.

LESEPUNKTE: I thank you so much for your time and wish you all the best for your future.